I left my Air bnb in Tooting, London and headed to the heathrow airport to meet up with Craig. I was excited to see a familiar face from home after 2 months on my own.

I can understand, more now, that home sickness has more to do with the family and friends then the geography. Whether its visiting or riding through the cold and mountainous, or the hot desert lands. I can appreciate why someone would live in both. It’s your connection to family and friends that truly make home, home!

I was also excited to have the opportunity to learn a new sport and to do it in a region that prides itself on Rugby.  The golden oldies it is called 🙂

I showed up to heathrow airport to meet up with Craig and his friend Bob, but I somehow missed them. My phone worked finally but I had no service.

I’m not sure how they missed me, as I waited at the arrivals where they were coming in and looked like I was heading to the moon. No bother, I found my way to Cardiff on my own.

Before I leave the towns i’m in, I download directions on google maps to my next destination. Its works fine as long as I don’t take a wrong turn. It won’t update automatically when riding. I’ve had situations where I needed use the maps I had or would generally find a restaurant that had WIFI. 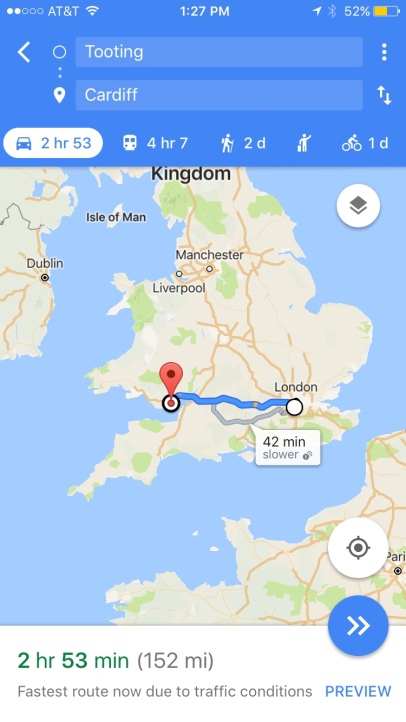 I failed to mention in my last write up about how nerve racking it was initially to ride on the left side of the road.  I’ve had experience before, on a trip to Scotland and Ireland, a few years back, but never on a bike and never in the rain.

Somehow I was completely thrown for a loop and it really messed with my head. After getting off the boat, I was way too twitchy and in-decisive trying to navigate the turns and road signs. So feeling uneasy, I stopped to get my bearings and watched the traffic. The pace was fast and the road signs were foreign. It took a bit to get comfortable.

When riding a motorcycle you have to be three steps ahead of everything and everyone on the road, but in this circumstance, on my way to Cardiff I was rushing. So I ended up laying the bike down.

At one point the rain was coming down like crazy and I took a wrong turn. Once I realized it, I took a sudden left onto a residential road. I immediately did a U-turn on that road and almost tried to go into the right lane, which, was actually the left lane for the oncoming traffic. If there wasn’t a bus coming I would have. But since the bus was coming I stopped, put my foot down and I slipped, along with the bike. The bus was traveling on the left hand side, at reasonable speed, and missed my bike and I by about 3 feet. The water from the bus splashed into me as a reminder that, “I NEED TO SLOW DOWN!” Not only did my ego take a hit more importantly I missed getting ran over by a bus. The last time I felt that uneasy was my first ride into Paris!

I took a few seconds picked my bike up and sat on the side of the road in the rain for a couple of minutes. A passer by who saw it happen asked if I was ok.

Just my ego sir, Thank you. I reminded myself again to slow down.

Once back on the bike, the sun peaked through the clouds as I made my way onto the M4 and I was thankful to have dodged a bullet so to speak.

As I arrived, I parked in front of the hotel and found Craig and the Aussie team, the ‘Outsiders’, cozying it up to the hotel bar. A few pints in and Craig introduced to me ruckus, fun loving team.

Welcome to the outsiders youngen!!!!

I was quickly blown away by the size of the event, 134 clubs from 18 countries. It’s a 35 and over tournament, which I happened to finally be. Not that I was that excited to be 36 actually, but, to be able to compete with them in such a tournament was an honor!

Opening ceremonies were held in the the millennium stadium in Cardiff, which was built in 1999, and originally built to hold the 1999 rugby world cup.

It has since gone on to host many events. Surrounded by older structures like the Cardiff castle.

I posted up in the hotel and then we all made our way to opening ceremonies.

Teams gathered as a pre-celebration, at the Cardiff castle, before walking over to the stadium for opening ceremonies. We probably had a 12 pack each before even stepping outside into the cloudy, rainy team gatherings. Teams were chanting/singing their victory songs with all their pride and glee.

Since I wasn’t officially enrolled in the golden oldies, I took the place of a gentleman named Wal Fick, who unfortunately couldn’t make it. His brother was there who let me take his place. Both his name and the hotel room. 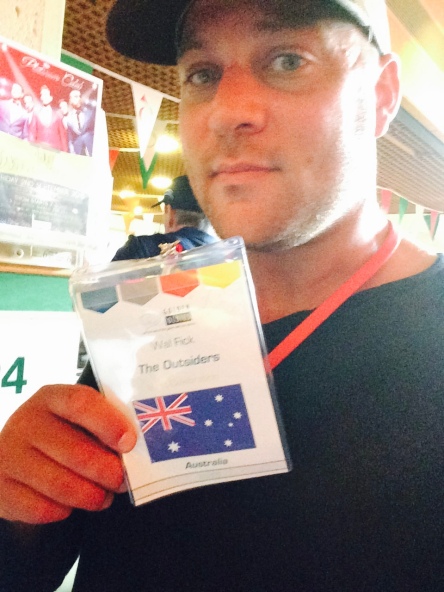 I wish I had taken a few more pics of the opening ceremonies but this was a fantastic event as we were able to hangout on the field and get to know the other countries participating.

The Venue was beautiful and dinner was fantastic, of course plenty of drinks as well. 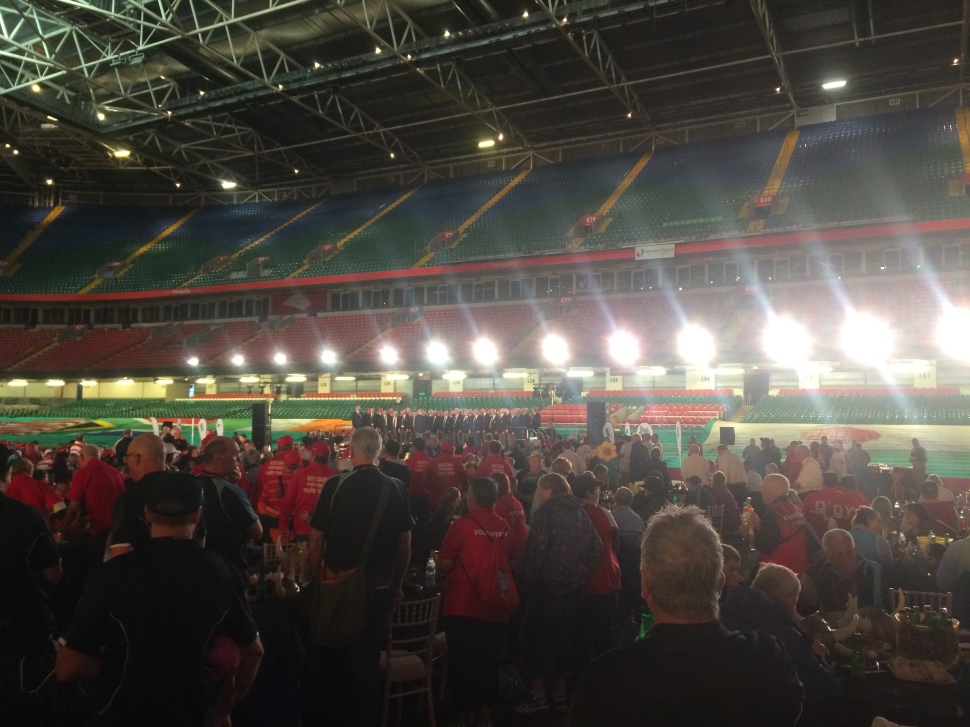 The rest of the night was spent roaming the streets from pub to pub, even though we had to play a game the next day it didn’t stop us from enjoying Wales to the fullest.

For all those Lagunitas fans this the second time I’ve seen it in Europe.

The next morning we waited for our bus to pick us up, to head to the fields. Fortunately they allowed me to park the bike for the whole week in front of the hotel. I didn’t get on the bike once. From the moment I parked it to the moment I left. Seven days off! 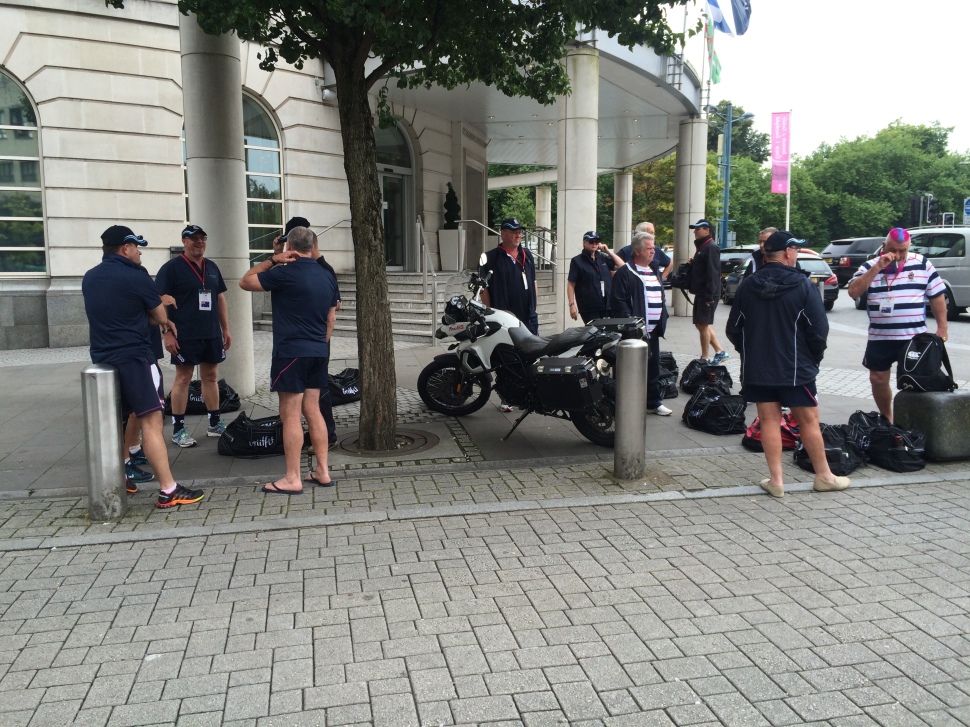 Now I had more pictures and videos about my experience playing rugby, but since I broke my memory card, they’re unfortunately lost now. I can tell you I was given the basics of playing but only figured out the game more as I played.

The first game I played the position of wing, outside center and inside center. I can tell you that all I knew was I had to be ready to tackle or run with the ball. Outside of that I wasn’t sure what I was doing.

We played a total of 3 games on, Monday, Wednesday, and Friday. The days of rest in-between turned mostly into touring the local watering holes.

The last game on friday against the Russian Team, I actually scored a ‘Try.’ Which is worth 5 points. It wasn’t without its struggles. As I was running, both my legs gave out about five yards from the goal line.  I was dehydrated and the shenanigans had caught up with me. It sounds more dramatic then it probably looked but after falling to my knees and watching a russian rugby player running at me full steam ahead. It didn’t take much for me throw myself into the ‘try’ with a little bit of panic.

Here was some pics of the little sight seeing we were able to do: 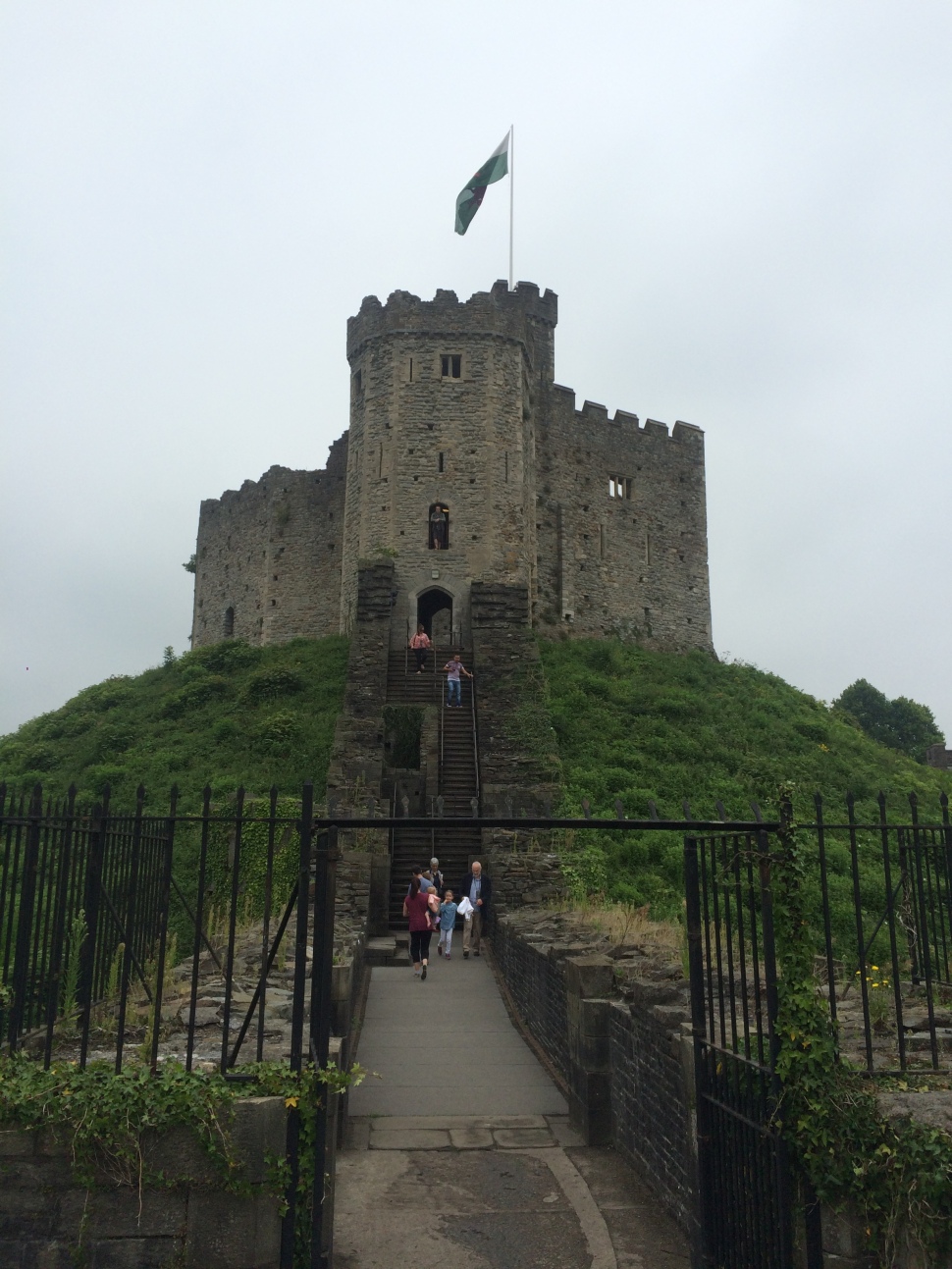 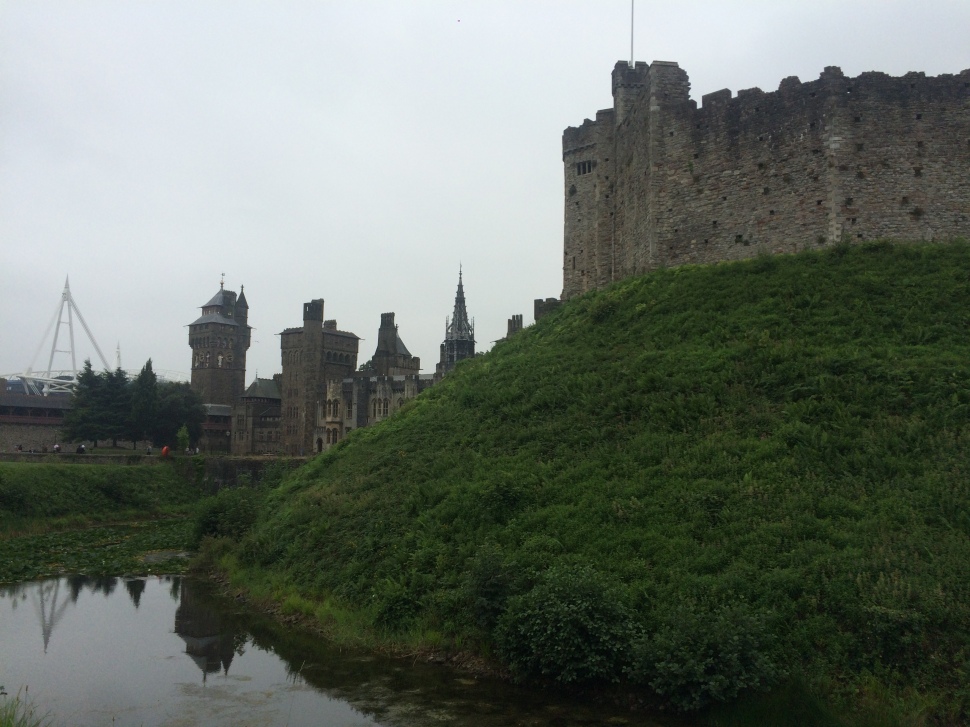 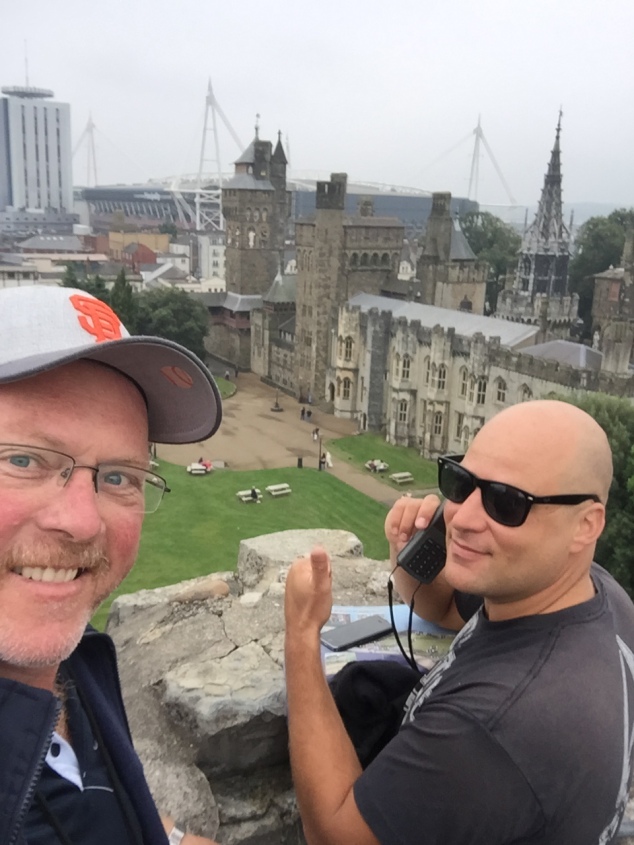 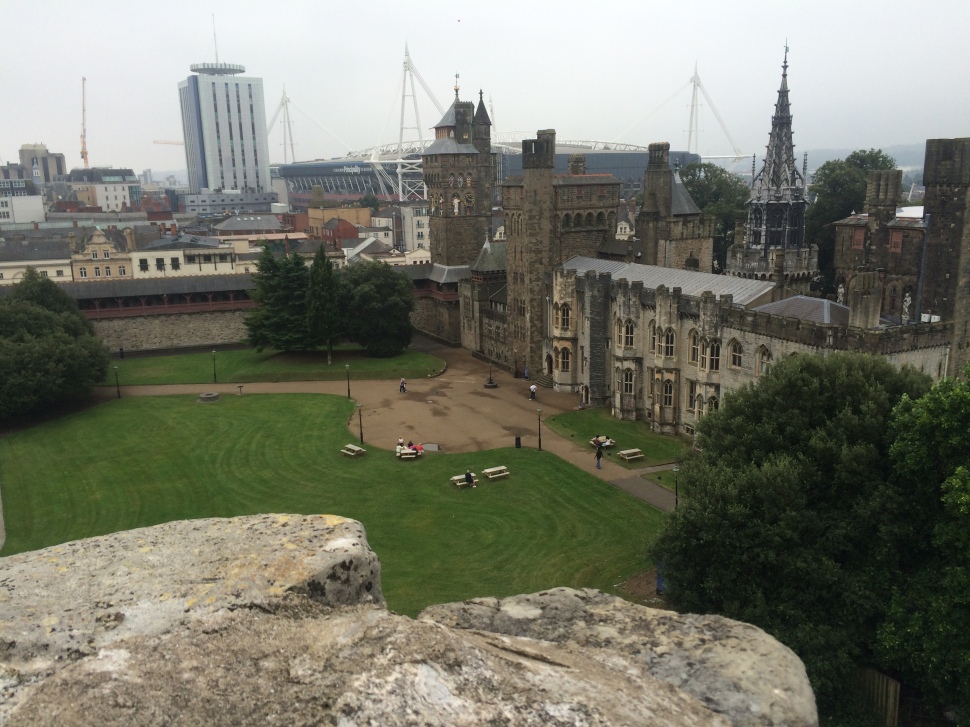 They did a fantastic job of putting the event together. It was first class all the way and if you have 13 minutes or so this video sums it up.

At about 6:08 our very own teammate, Lance, summed up the event nicely in a few words.

I can tell you that I will not forget the experience, and hope to play again with these guys some day. 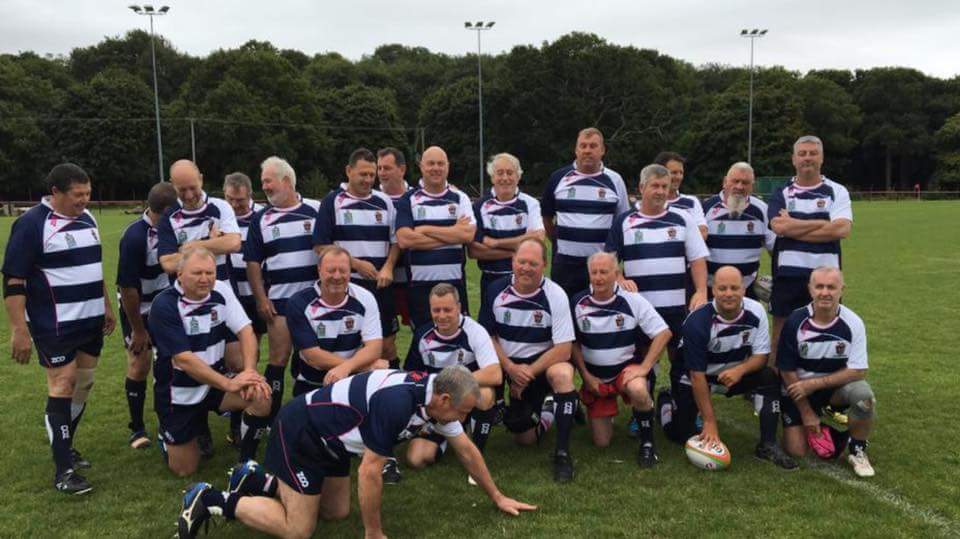 At the end of the week I was bruised, battered, my liver hated me and I loved every bit of the experience. I couldn’t have asked for more gracious and fun teammates.

Thanks Craig for inviting me. Bob, who sponsors the team, and the rest of the ‘outsiders’ for allowing me to join in on the ruckus.

As you can see by the picture above…..this group of players exemplified everything my trip has been so far, organized Caos!!!

I just kind of wished I was ending it on this high note. I mean drunkered note :). I’m a little beat down but I’m excited for what adventures lie ahead. I’ve got 2 more weeks to get to Finland.

There’s a lot of road left and I need to see my way out of England. Before I do I’m heading to the Motorcycle Overland event in Oxford. The timing of event is perfect and its all about motorcycles and world travel. Some of the pioneers of the industry will be there.

I’m back on the Camel again!!!

See you in Oxford!