I left the Overland Event inspired to ride some more. The stories and the people were nothing short of amazing. So many stories, so many open and gracious personalities.

I decided to spend a night in Bath, England! I stopped in some small towns and rode through some lush green areas in southern England. Any town that looked inviting I’d explore.

Marlborough is a market town and civil parish in the English county of Wiltshire on the Old Bath Road, the old main road from London to Bath. It boasts the second widest high street in Britain, after Stockton-on-Tees[citation needed]. The town is on the River Kennet.

Founded by the Romans as a thermal spa, Bath became an important centre of the wool industry in the Middle Ages. In the 18th century, under George III, it developed into an elegant town with neoclassical Palladian buildings, which blend harmoniously with the Roman baths. 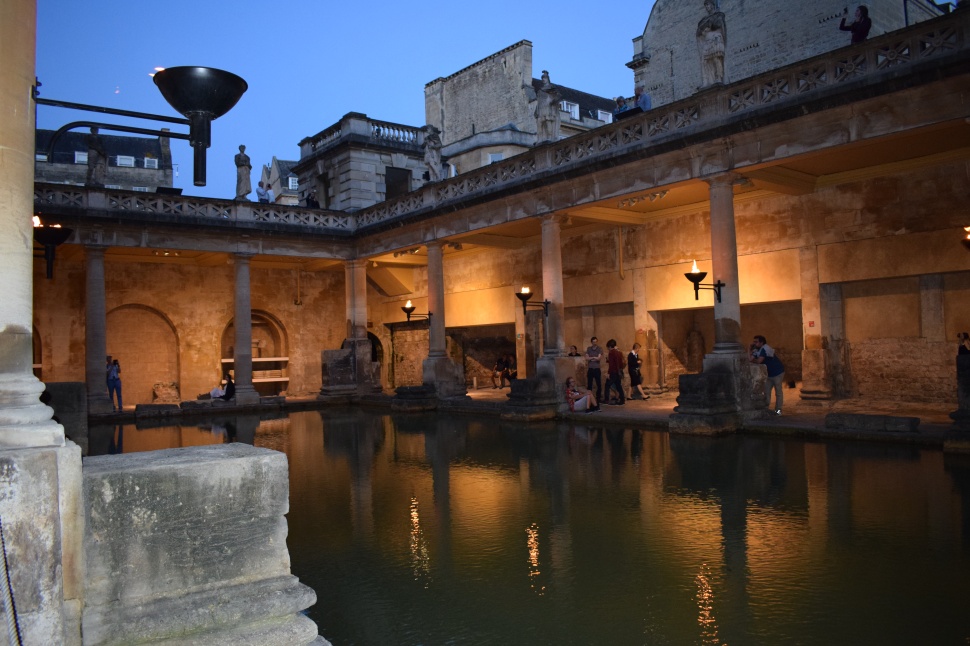 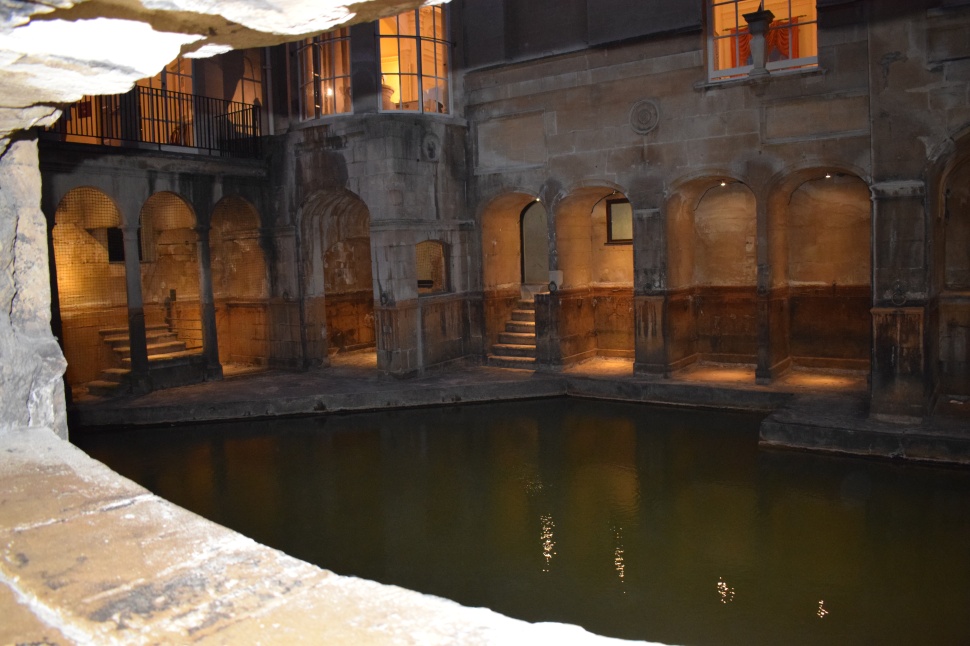 Really Bath was a great place, and I enjoyed the serenity of the natural hot spring water on the rooftop pools, and the history was intriguing as well.  I was feeling anxious to get out of England though and was clamoring to head back into the unknown. Another country, another language and another map to mull over. I wanted to get ‘back in the saddle again!’

I woke up refreshed and ready to ride. I headed back out the M4 because I really wanted to cover some ground to get to the channel tunnel. I wasn’t sure of the process. All I knew was I  bought a ticket for a general time (2-4pm) and wanted to get there to navigate through the process.

It was pretty uneventful getting there with exception of the traffic. I was hoping for better traffic on the other side of the channel to France so I made my way pretty quickly.

It wasn’t hard as you’ll see in the video entering into the train was quite easy and worth the experience. I did meet a motorcyclist who said he rides the tunnel frequently to ride around Europe. I thought how lucky is he? Then I realized I’m on quite a trip myself. (FACE PALM)

I arrived back on french ground and headed to Ypres, Belgium before sundown. I have camped 1/2 dozen times now, and wanted to continue to do it. I liked meeting people in the Air Bnb’s but the tent was becoming more and more comfortable. I liked having my own space and the weather in most places has been manageable.

The camp site was pretty average but close to town. 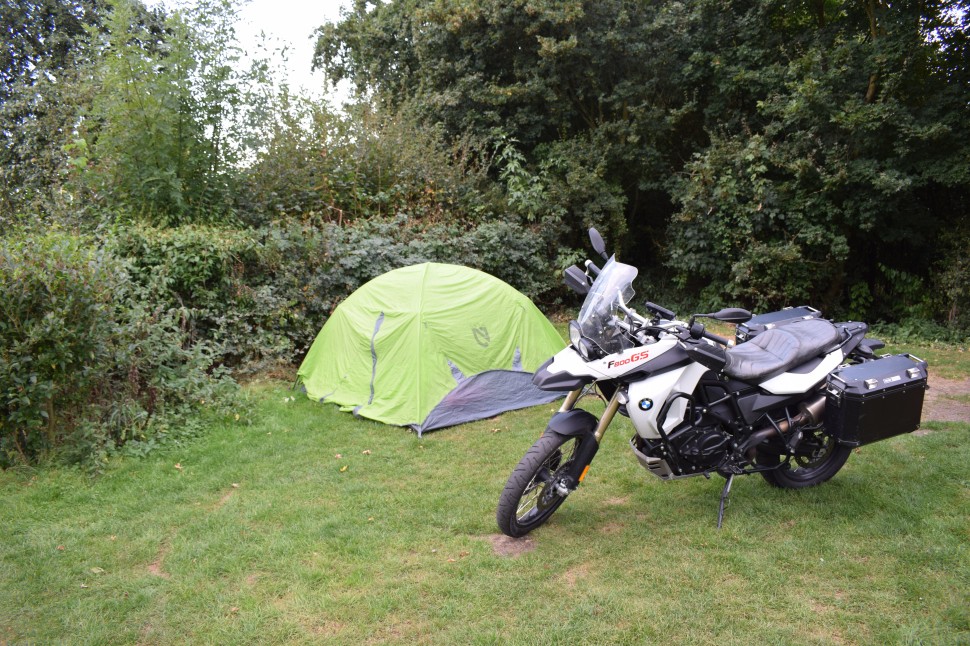 During the First World War, Ypres was the centre of Battles of Ypres between German and Allied forces. During the war it was nicknamed “Wipers”, as its name was difficult for English-speaking British Imperial forces troops to pronounce.

During the Middle Ages, Ypres was a prosperous Flemish city with a population of 40,000 in 1200 AD, renowned for its linen trade with England, which was mentioned in the Canterbury Tales. 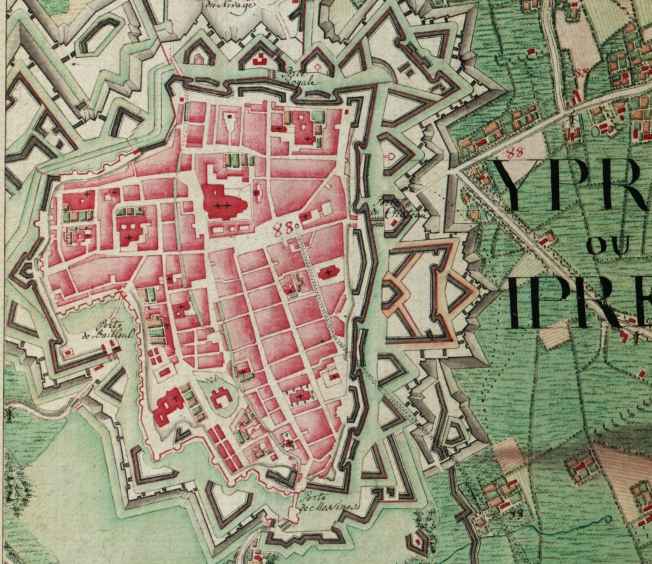 It was  a cool city, but void of woman!  I asked the bar tender, it doesn’t seem like there are too many woman here? He said it’s a holiday so a lot of people leave town and head south. None the less the beer was amazing so I stayed one night and instead of heading to the Netherlands, I decided to explore a town north. Bruges, Belgium before heading on.

This beer below had to of been the absolute best beers I have had on the trip so far. I met a guy in a bar who swears on it. It’s a trappist beer and the gentleman told me how it’s made right their in Belguim by monks. I asked him if It’s a place I could visit. He said you can but only on specific dates and if you want to get the beer you have to order it and pick it up in person.

I thought, I know what I’m doing tomorrow.

Trappist beer is a beer brewed by Trappist breweries. Eleven monasteries — six in Belgium, two in the Netherlands and one each in Austria, Italy and United States — currently brew beer and sell it as Authentic Trappist Product.

I was given the directions, but not the exact location, so after packing it up the next morning, I wandered off to find the monastery. It took me longer then it should have as it was only 20 miles from ypres, but I found it.

When I arrived the place was closed but literally their was a monk sweeping outside. I immediately thought of those old martial arts movies where no one was aloud in unless you completely devote yourself as a monk.

This is the old entrance gate.

A french guy walking the neighborhood kept speaking to me but i was more interested in getting in. Either way I figured out from the french guy the gates are not opening and they were closed until monday. He didn’t speak any english but thats what I gathered. Bummed and most of the day gone, I headed to Bruges, Belgium. No particular reason. It was just on my way and my time is getting crunched.

Bruges was a lively town. I stayed in a hostel and like they do in the old west I gambled the night away playing texas holdem with a bunch of youngsters. I took them to the cleaners but immediately bought them a couple rounds of drinks. As a matter of fact I told them I wasn’t sure how to play and the guys who know how to play quickly realized I have somewhat scammed them.

After calming that group down with a few laughs and beers I also ended up hanging out with some polish folks. Who decided they would try to make me feel uncomfortable by surrounding me and asking me some really stupid questions. I’ve been in situations like that before and i think it’s imperative that you realize where there coming from and try to show them your confident, but with humility, so not to appear weak, but also to not appear to egotistical either. One so they don’t take advantage of you and two so they realize your not a threat. I also tried to make them laugh, I could  tell some of them were looking for trouble.

I took very few, if any pictures of the town. I actually wasn’t interested in it honestly I wanted to move on. Part of me was getting homesick, but the other part of me was feeling the pinch to get back to the studio. I’ve been gone for 3 months now the longest I’ve ever gone. I’m confident everyone back home is handling things, but the anxiety is setting in.