After staying my first night in Truckee. I met up with a friend of mine Eric. Who was taking his son and sons friend to moab, utah for some family time off roading in his new toyota tacoma. For him it was a short 16 hour drive, for me a 12 hour 750 mile sprint. It was either that or stay in some hole in the wall town in Nevada and I opted to join him in getting all the way there in one day.

Soo…. if you haven’t been to moab, utah. My questions why the hell not!? This place has unparalleled beauty! California can be hard to leave because of the variety of terrain and climates but if you step outside the lines for a while you’ll quickly realize you’ve been missing out! 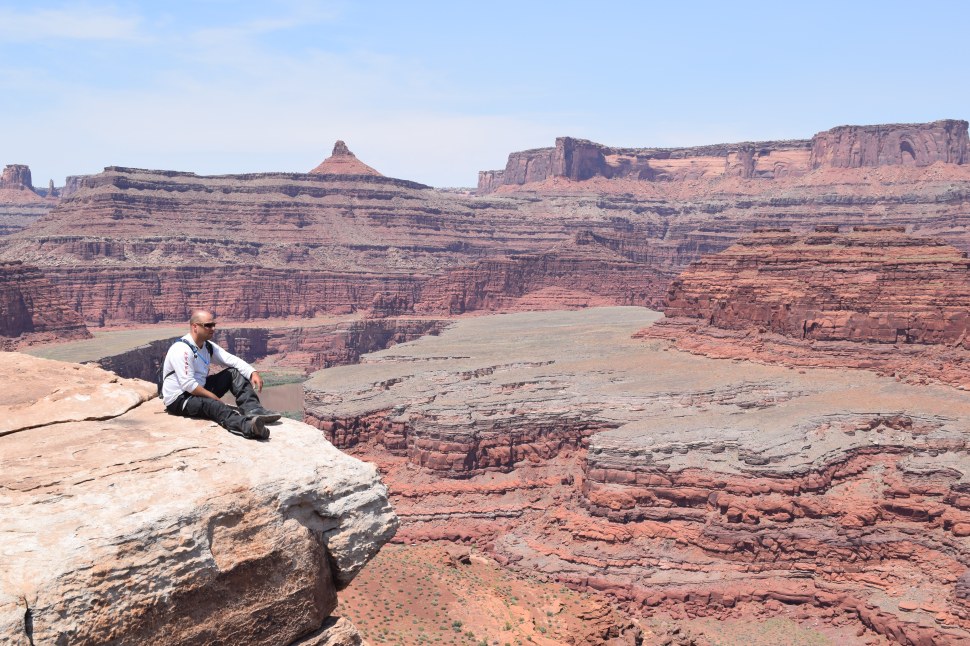 It has endless trails to nowhere and I can only describe it as breathtaking!

and If you have the means to get around you’ll think you’ve gotten a little closer to heaven.

I’ve ridden dirt bikes when I was kid but never challenged like this on a big bike. Between the heavy dirt, rocks and heights it was an awesome challenge. The BMW 800gs is definitely a capable bike and I’m sure someone with more ability could rip it with the right intensity and fall a lot less then I did :). All in all I’m a little bit better for it. 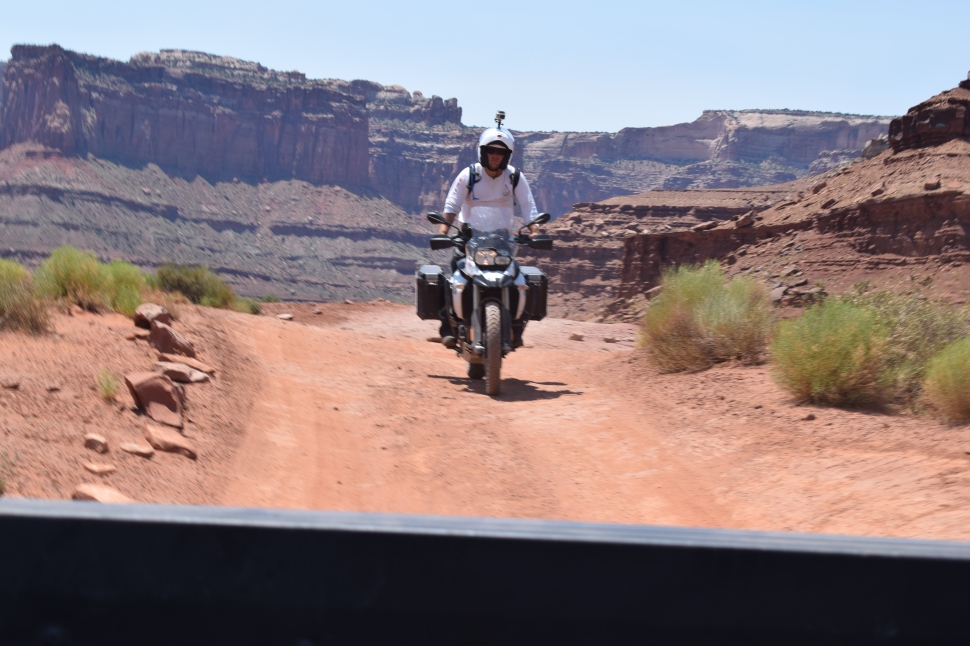 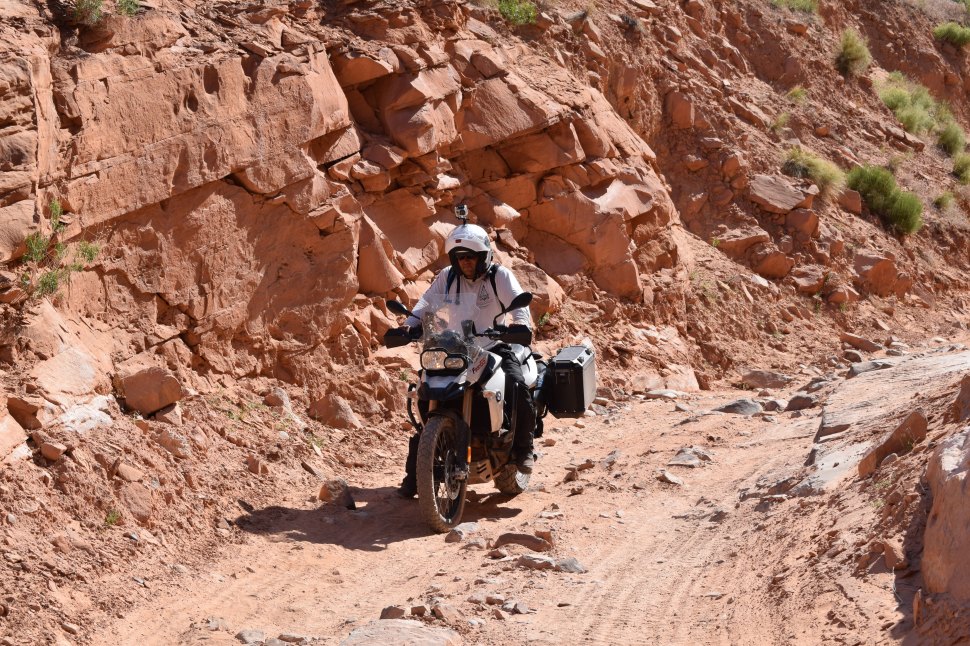 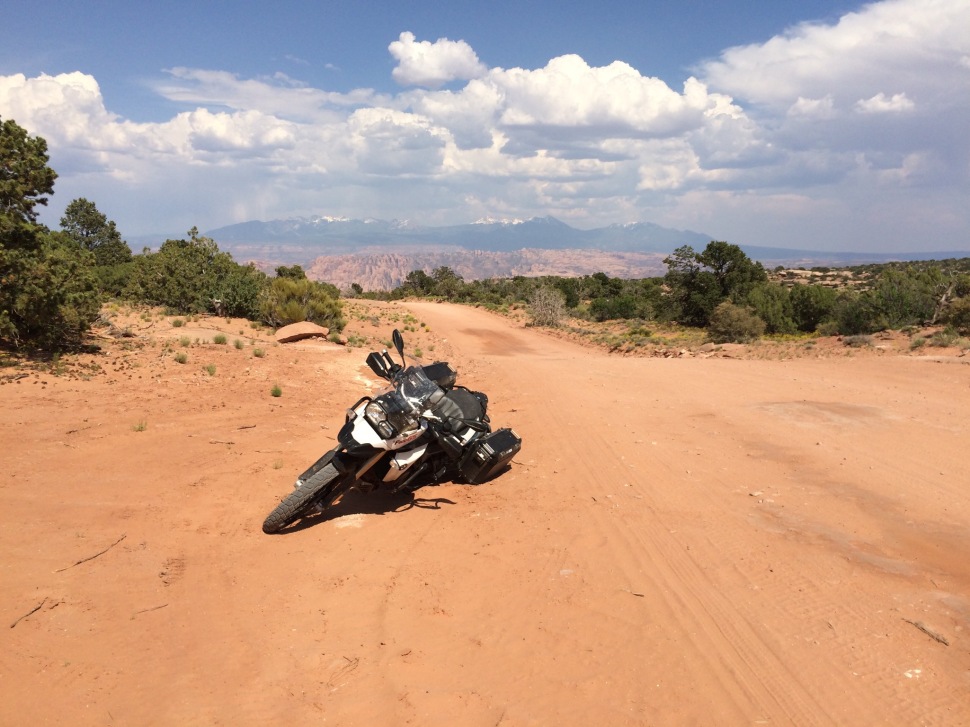 If you like hiking you will not be disappointed! Shafers trail in canyon lands goes on forever. 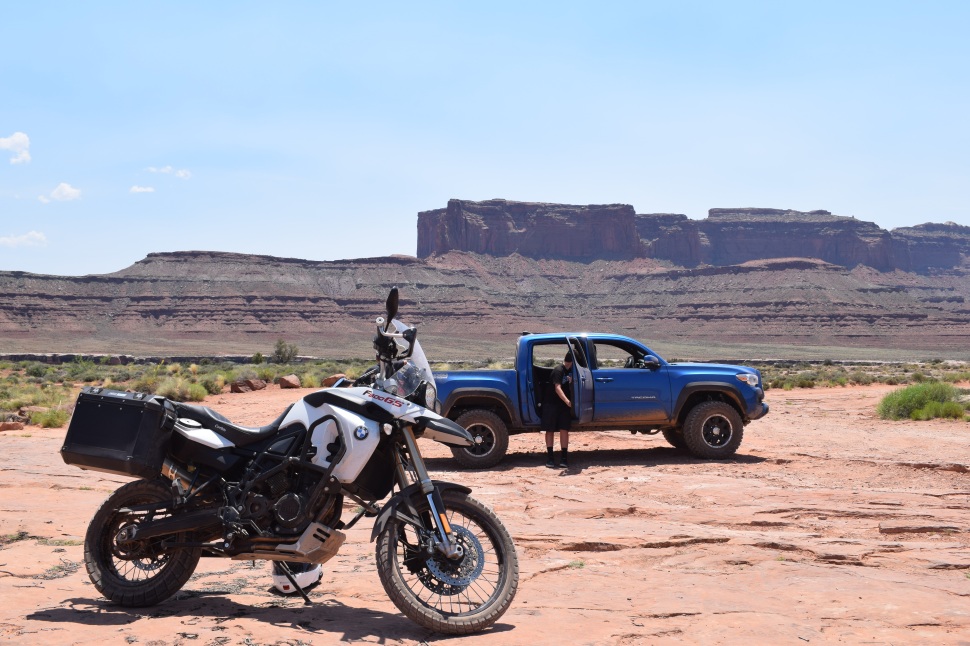 I could have ridden for days!!!!

We did a little more then just ride here’s my attempt at climbing!

Zip lining through the Canyons was Awesome!

3 days in moab and I only touched the surface of it’s beauty. I will be back and by that time I’m sure I’ll be more prepared to take on it’s many trails on the bike. So for those of you who don’t travel far from california, eric has a tip for you. “If you can drive it in a day then it’s not that far.”  You won’t regret taking the time to get here and if you don’t know where it is: